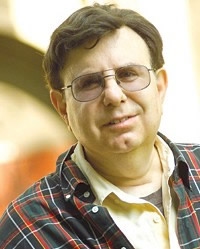 The Anthem Foundation for Objectivist Scholarship celebrates the life of American philosopher Allan Stanley Gotthelf, who died at age 70 in Philadelphia, on August 30, 2013, after an extended battle with cancer.

Professor Gotthelf is best known for his scholarship on Aristotle and on Ayn Rand, with whom he was friends. Born in 1942, he grew up in Brooklyn, New York. After completing bachelors and masters degrees in mathematics, he earned his PhD in philosophy at Columbia University in 1975.

At the time of his death, he was Anthem Foundation Distinguished Fellow for Research and Teaching in Philosophy at Rutgers University. He was also emeritus professor of philosophy at The College of New Jersey and a Life Member of Clare Hall, Cambridge University. Between 2003 and 2012, he was a visiting professor of the history and philosophy of science at the University of Pittsburgh, where he held an Anthem Fellowship for the Study of Objectivism.

Dr. Gotthelf made this impact through a series of path-breaking essays now collected in Teleology, First Principles, and Scientific Method in Aristotle’s Biology (Oxford University Press, 2012) and through the many conferences and workshops he organized. These events formed the basis for two books: Philosophical Issues in Aristotle’s Biology (Cambridge University Press, 1987), which he co-edited with James G. Lennox (University of Pittsburgh), and Aristotle on Nature and Living Things (Mathesis, 1985). The latter book, which Dr. Gotthelf edited, was in honor of his friend and mentor David Balme (University of London), and after Balme’s death in 1989, Dr. Gotthelf shepherded several of his projects to publication.

Over the course of his 47-year career, Dr. Gotthelf was the recipient of many honors for his work on Aristotle. In 2004 his “contributions to the study of classical philosophy and science” were celebrated at a conference at the University of Pittsburgh, which led to the volume: Being, Nature, and Life in Aristotle: Essays in Honor of Allan Gotthelf (Cambridge University Press, 2010), edited by Lennox and Robert Bolton (Rutgers University).

Dr. Gotthelf’s introduction to Ayn Rand’s ideas occurred in 1961 when he first read Atlas Shrugged. He would later remark on what he learned from this first reading: “Atlas Shrugged said that the mind I valued in myself was not only a private source of pleasure but was also the means to everything I wanted out of life. I felt about the heroes of the novel that this is the way they felt about themselves and the way they lived and loved their lives was the way I wanted to feel about myself and live and love my life. This was the happiness I was looking for.”

Dr. Gotthelf met Ayn Rand in 1962, in connection with lectures on her philosophy that he attended. Rand took a genuine interest in philosophy students, and over the next fifteen years, he had the opportunity for long philosophical discussions with her. He was an active participant in Rand’s famous 1969–71 workshops on Introduction to Objectivist Epistemology.

From 1964 until his death, Dr. Gotthelf spoke on Objectivism countless times at colleges, universities, and for private groups throughout the United States, Canada, Bermuda, Europe, and Japan. As his own career progressed, Dr. Gotthelf often mentored young Objectivist intellectuals who were pursuing academic careers in philosophy.

Dr. Gotthelf was a founding member of the Ayn Rand Society, a group affiliated with the American Philosophical Association, and he held the Society’s highest office from 1990 until his death. From April of 2013, he shared that office with Gregory Salmieri (Boston University), his former student and frequent collaborator. Dr. Gotthelf co-edited (with Lennox) and contributed essays to the first two volumes of the Society’s ongoing Philosophical Studies series, published by the University of Pittsburgh Press. He is the author of On Ayn Rand (Wadsworth, 2000) and is co-editor (with Salmieri) of Ayn Rand: A Companion to Her Works and Thought (Wiley-Blackwell, 2016).

Of Dr. Gotthelf’s work to bring Objectivism to the attention of the academic world, Yaron Brook (at the time president of the Anthem Foundation and executive director of the Ayn Rand Institute), said, “In the natural course of pursuing, and achieving, his values, Allan became a great ambassador for Ayn Rand’s ideas. Because of his knowledge, reputation, and benevolent persistence over the years, Objectivist ideas have begun to see a long-deserved, serious consideration in the academic world. His death is a profound loss. His legacy will inspire Aristotelians and Objectivists alike for generations to come.”

Objectivist philosopher Harry Binswanger, a lifelong friend, said: “Allan saw his love of Aristotle and of Ayn Rand as of a piece. He was right, because Aristotle and Rand do advocate the same fundamentals: the commitment to reason and to living life fully, realizing one’s highest potential as man.” This was an estimate shared by Rand, who said of Aristotle that “If there is a philosophical Atlas who carries the whole of Western civilization on his shoulders, it is Aristotle.”

Binswanger continued, “Allan was a thinker, a philosopher. He not only taught philosophy, wrote philosophy, and read philosophy, he lived and breathed philosophy. His two heroes were Ayn Rand and Aristotle, and he made important, lasting contributions to the scholarship on each.”

Dr. Gotthelf supported the Anthem Foundation for Objectivist Scholarship during his lifetime and with a legacy gift from his estate. The Foundation has since created a memorial fund in Dr. Gotthelf’s name that helps support academic fellowships such as those held by Dr. Gotthelf over the last decade of his life. The Ayn Rand Institute has also created a memorial fund earmarked for the Ayn Rand Archives, a program that Dr. Gotthelf particularly valued. Contact us if you would like to make a donation to either fund.

From all of us at the Anthem Foundation and the Ayn Rand Institute, some of whom had the honor of calling Dr. Gotthelf a friend: Thank you, Allan, for your wisdom, your knowledge, your devotion to a philosophy of reason and life, and your own shining example of a life well lived. You are deeply missed.

In an informal talk at the Ayn Rand Institute’s Ayn Rand Centenary celebration in New York City, Allan Gotthelf and Harry Binswanger reminisced about personal experiences each had with Ayn Rand, focusing on incidents that illustrate her character and personality. Topics range from cats to concepts, from the paintings in her apartment to her love of Aristotle, from her Scrabble-playing to her own readings of Atlas Shrugged, from her quick wit and stunning insightfulness to her passionate intensity and her inspiring presence.